Welcome to Issue 013 of Masters in Trading Digest.

Here’s what he says:

A friend recently asked me if I still paper traded.  My answer was, “Of course!”  My friend then asked:

“Haven’t you been trading for a long time? You still don’t know what you’re doing?”

I answered, “Yes,” and then, with a little irritation, “I paper trade because I do know what I’m doing. It’s my way of learning how to trade new instruments and strategies.”

If you’re in a trade with real money and ask, “The trade is going against me, what do I do?” or “I have a profit, should I get out?”, it may be a good time to take a step back and consider paper trading.

In this issue, Stacy discusses his reasons for continuing to paper trade, and you won't want to miss it.

Enjoy the education, and have fun with today’s MIT Digest.

In this post, Why an Advanced Trader Still Paper Trades and Why You Should Too Stacy covers how he was caught off guard by a friend of his who questioned his level of expertise if he still was paper trading. Throughout the post, Stacy explains exactly why he, as an advanced trader, still paper trades. 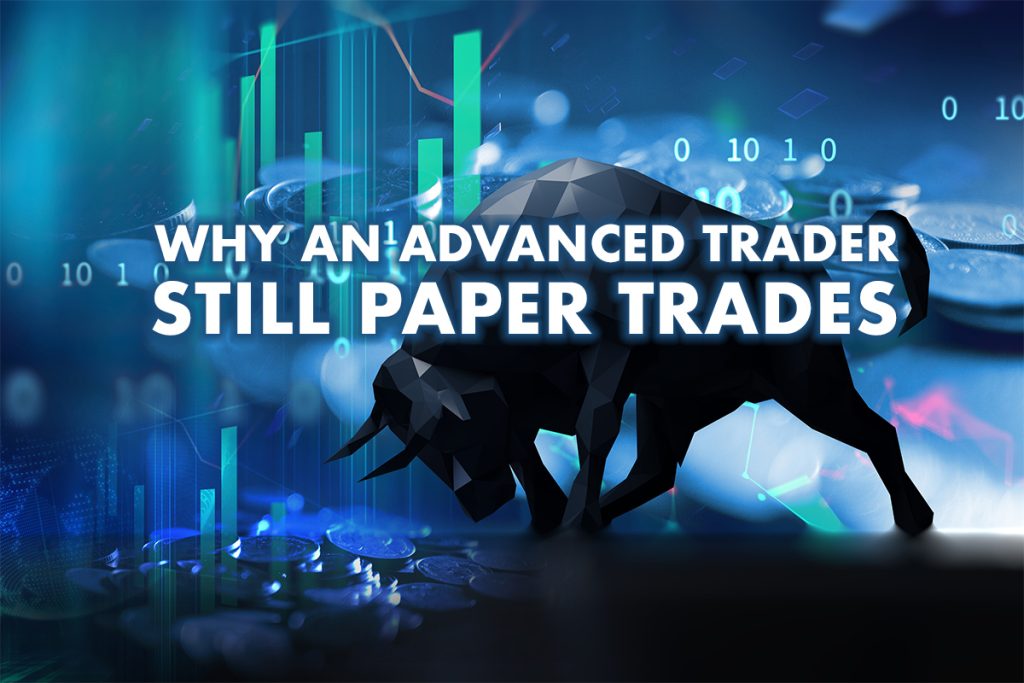 HEARD IN OUR MEMBER DISCORD

Why do we say “hold until expiration”?

It is prudent for traders to make decisions about risk before entering a trade, not while they are in the trade.

Buying options makes this easy because traders know the worst-case scenario from the moment they enter an options position until those options expire.

The chart above shows the weekly implied volatility ranges for $XPOF.  $XPOF has only closed within it’s weekly volatility 26% of the time.  The market is not very good at pricing $XPOF, most likely because it’s only been trading publicly

Above, when Cory says “scalping gamma” is so fun, what he’s referring to is buying stock of $XPOF as the stock trades lower.

The reason traders would do this is that buying the underlying stock allows Cory to lock in profit from the long 17.5 puts while also taking off risk.

Buying stock allows Cory to still keep his “optionality” on those $17.5 puts.

The poor fella who closed out his options position to make $1500 has lots of FOMO because he covered his entire position and lost his “optionality.”

The next issue of the MIT Digest will be released Monday, January 17th, 2022.

On Saturday we are holding a special program on the basics of Futures Trading.

Traders make Futures trading too complicated.
They rely on charts and speculation.
That’s not necessary from our perspective.

Join us this Saturday For a Simplified Approach to Futures Trading