Welcome to Issue 037 of Masters in Trading Digest.

In today’s FREE MIT Digest, we keep the focus on hard assets and take a dive into the ultra-volatile commodity, Uranium.

We share a bunch of Uranium names for investors to consider, but there’s one clear-cut favorite.

Stay safe out there. 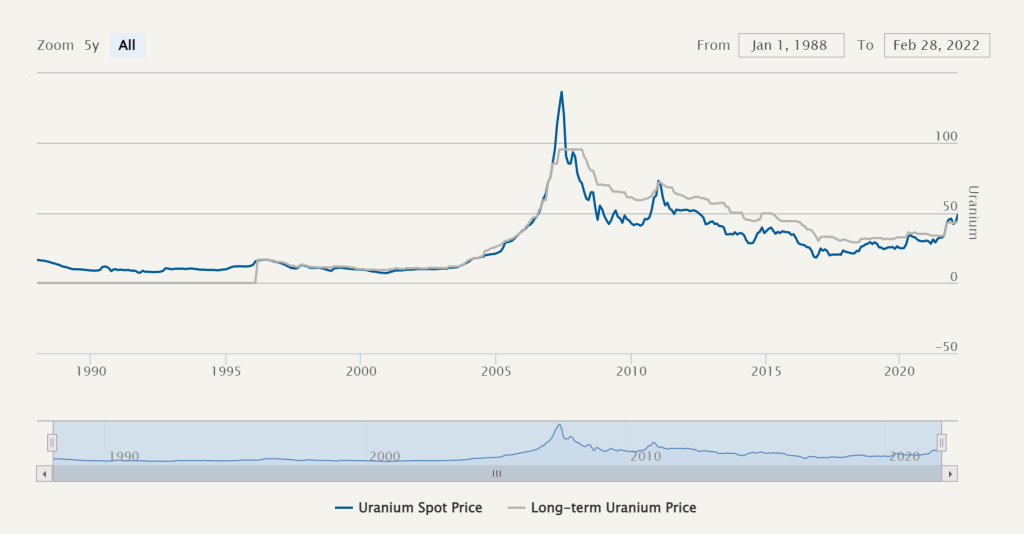 Uranium prices have skyrocketed to their highest levels since the 2011 Fukushima nuclear accident and buyers have entered the spot uranium market in the last two weeks. Traders have been talking about the potential for a squeeze in the Uranium cash market.  Commodities are impacted by the rise in global commodity prices following Russia's invasion of Ukraine, especially Uranium. 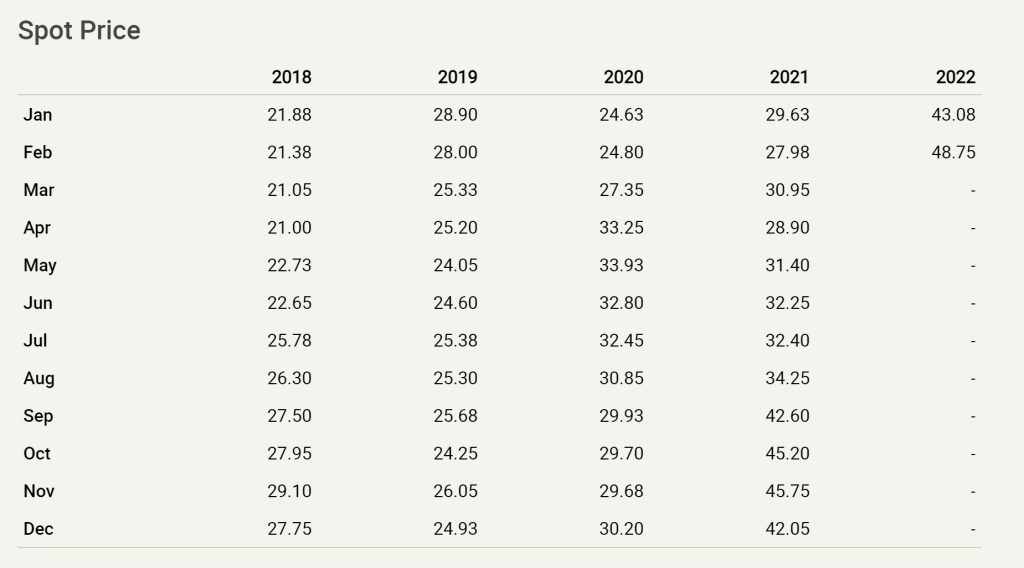 According to a spokeswoman, Cameco Corp. , one of the world's largest uranium suppliers, could increase production if prices improve enough to justify additional production in the long run.  “There is great potential for increased uranium production outside Russia,” said Jonathan Cobb,  senior communication manager at the World Nuclear Association.

Notice how prices have steadily ticked up over the last few years?

Russia bans exports of 200 products after sanctions are imposed uranium spot price has risen to its highest  since the 2011 Fukushima accident, amid concerns that potential sanctions against Russia could shake markets that are already tense.

Russia has announced a ban on the export of more than 200 commodities after sanctions have hit the economy  over Ukraine's invasion.

White House is considering sanctions against Russia's state-owned nuclear company Rosatom Corp. and has expressed concern about the turmoil in Russia's exports of uranium. Rosatom is a delicate target as the company and its subsidiaries account for more than 35% of the world's uranium enrichment and sanctions could have a drastic effect on Uranium markets. 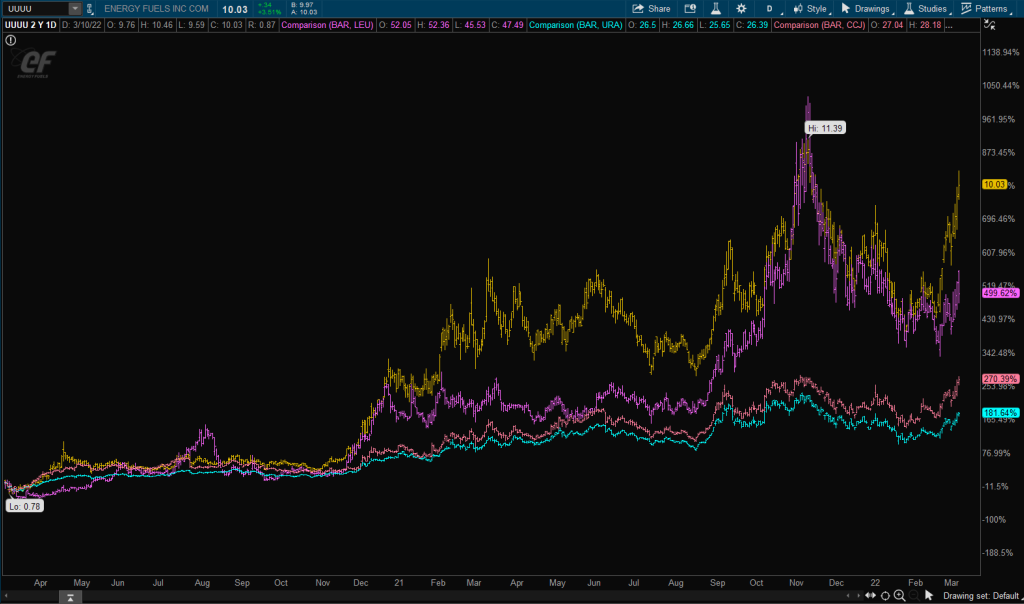 This was shared in our member Discord yesterday, March 10th. 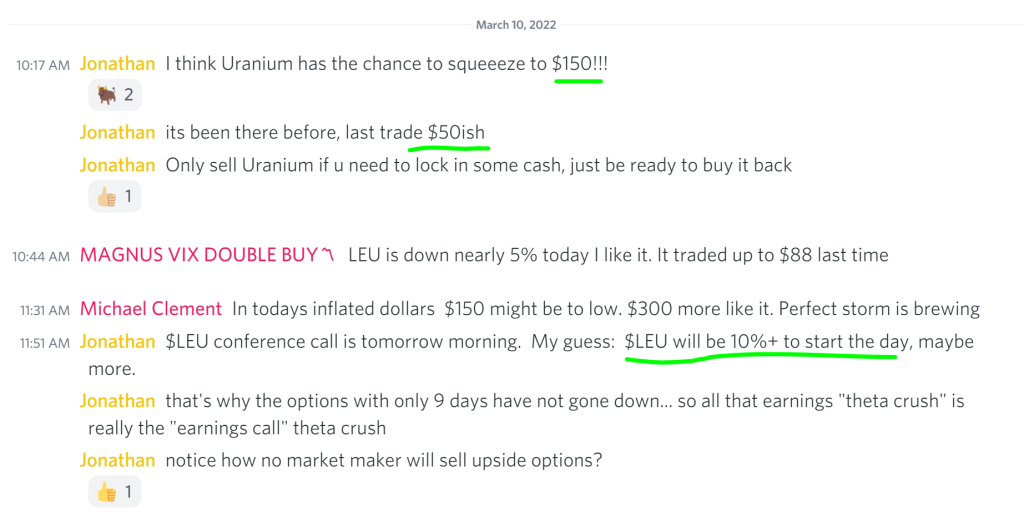 I know many are having a tough time in this market with all the volatility, but the members of Wall Street Wiretapper have been celebrating this opportunity in our Member’s Only Options Discord!

The plan to stay long hard assets in the face of 7.5% inflation in the US is paying off. 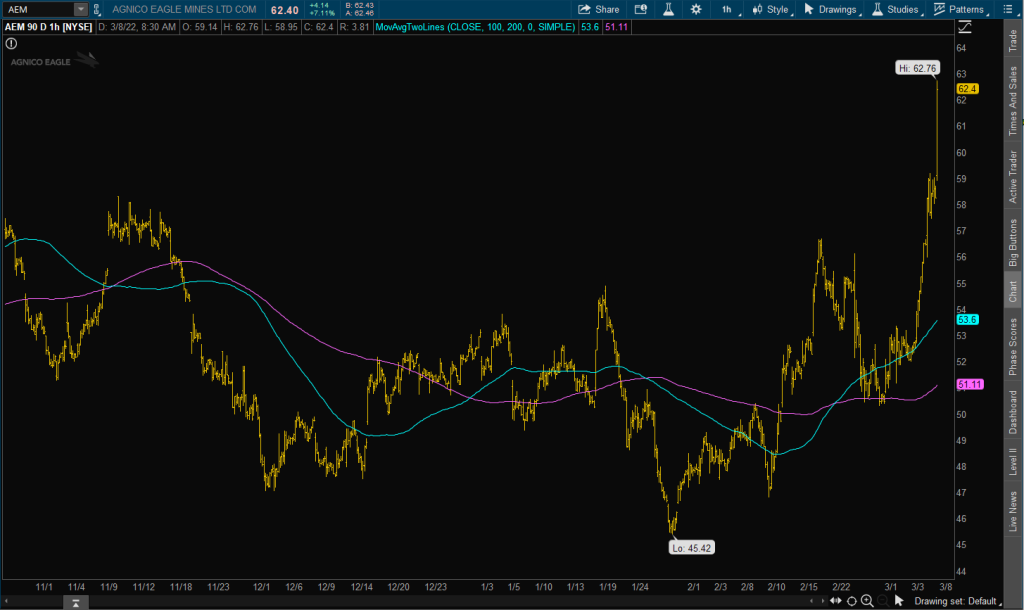 We will continue to follow the smart money which leads us to trades in the commodity complex.