Welcome to Issue 038 of Masters in Trading Digest.

Today, we share a HUGE acquisition in the quick-growing NFT space.

Along with a major UPGRADE to Wall Street Wiretapper, our Unusual Options Activity Scanner – powered by a neural network.

Throughout my 25-year trading career, I have always relied on correlations. I started trading at the Chicago Mercantile Exchange with a focus on trading the relationship between S&P 500 Futures and Nasdaq Futures. When one index would trade higher, it wasn’t long before the other would follow.

I then traded Interest Rate Futures, in which traders compare the relative value to the different points on the US Treasury Yield Curve.

As an options market maker, we use correlations to value different sectors. For example, a market maker of $UBER needs to watch the trading behavior of $LYFT.  Neither of these companies will trade independently from the other in a longer time period, unless there is a material change in one of the companies.

Pablo Lucena, educator and tool developer at Masters in Trading, recently updated our Wall Street Wiretapper, our Unusual Options Activity scanner, with a new section that allows you to analyze sectors relative to one another.

When Wall Street Wiretapper picks up multiple scans from the same industry, there’s a higher likelihood that names in that sector will move like contemporaries in the sector. This is a great method to find companies that are not as widely followed.

This is exciting – Mike shares that he is making “good money” even with all the volatility.

That’s why we stay hedged and that’s why we lean on one another, especially when uncertainty increases and markets start moving faster.

Thanks for sharing, Mike!  This drives the entire team.

BIG NEWS IN THE NFT SPACE

Most of the digital art and collectibles that trade on the Ethereum Blockchain use what is known as the ERC-721 token standard. The Cryptopunks are one of the earliest examples of a “Non Fungible Token” on Ethereum, and were the inspiration for the ERC-721 standard that powers most NFT transactions. 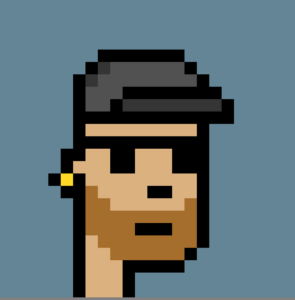 In the beginning of 2021, I fell deep into the Ethereum rabbit hole and now strongly believe blockchain technology will find its way into most global sectors.

I documented my journey with the post, Self Reflection – My Journey with NFTs and Ethereum. To celebrate my new found passion, I invested 25.97 Eth ($70,000 USD) in a Cryptopunk in March of 2017.

Since investing, the CryptoPunk traded as high as 140 Eth, but has since retraced down to 78 Eth,

A newer project started to gain traction in mid-2021 and surprisingly was getting close to the valuation of CryptoPunks. How could that be?

The project was called the Bored Ape Yacht Club and saw exponential gains moving from below 1 Ether to over 80 Ether, all while the CryptoPunk price was trading lower.

CryptoPunks were losing value relative to the NFT market because the CryptoPunks did not come with any ownership rights or IP commercial rights. The Bored Ape Yacht Club granted full ownership of the IP to holders of it’s NFT.

The Cryptopunks entitled the holders to zero ownership rights. Larva Labs, the company behind the project, kept the IP of the entire project under their control. When a derivative collection would sell on Opensea.com, Larva Labs threatened legal action.

When Bored Apes were copied, the community found the derivatives funny and they embraced them. This is what Web 3.0 is supposed to look like.

The Bored Ape Yacht Club went on to raise somewhere between $4 billion and $5 billion from Marc Andreeson, the inventor of the Internet browser.

On Friday, it was announced that the company behind Bored Apes had acquired the Cryptopunks (and Meebits) Intellectual Property, IP.

Here’s what they announced:

“Now that we own the IP for Cryptopunks, and Meebits, here’s what we’re planning to do with it. As a first step, we will soon be granting CryptoPunks and Meebit holders the same commercial rights that Bored Ape Yacht Holders owners enjoy.”

This is a monster acquisition in the NFT space.

If you’re thinking, what does IP give you? 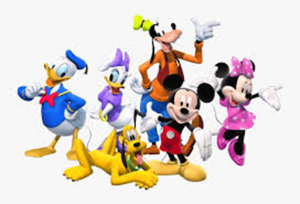 Our second class for the NEW Web 3.0 Program will be held this Wednesday.