Let’s go through an example

So in front of you guys, I have three lines. I've got the green line, the blue and the white. When we look at trading futures, specifically talking about interest rate futures right now, instead of just speculating on whether bonds are going to go higher or whether they're going to go lower, we want to look at the difference between different interest rates that trade on the yield curve. What we want to do when we're trading is instead of just looking at individual bonds or individual notes, we want to look at the difference between these different instruments. 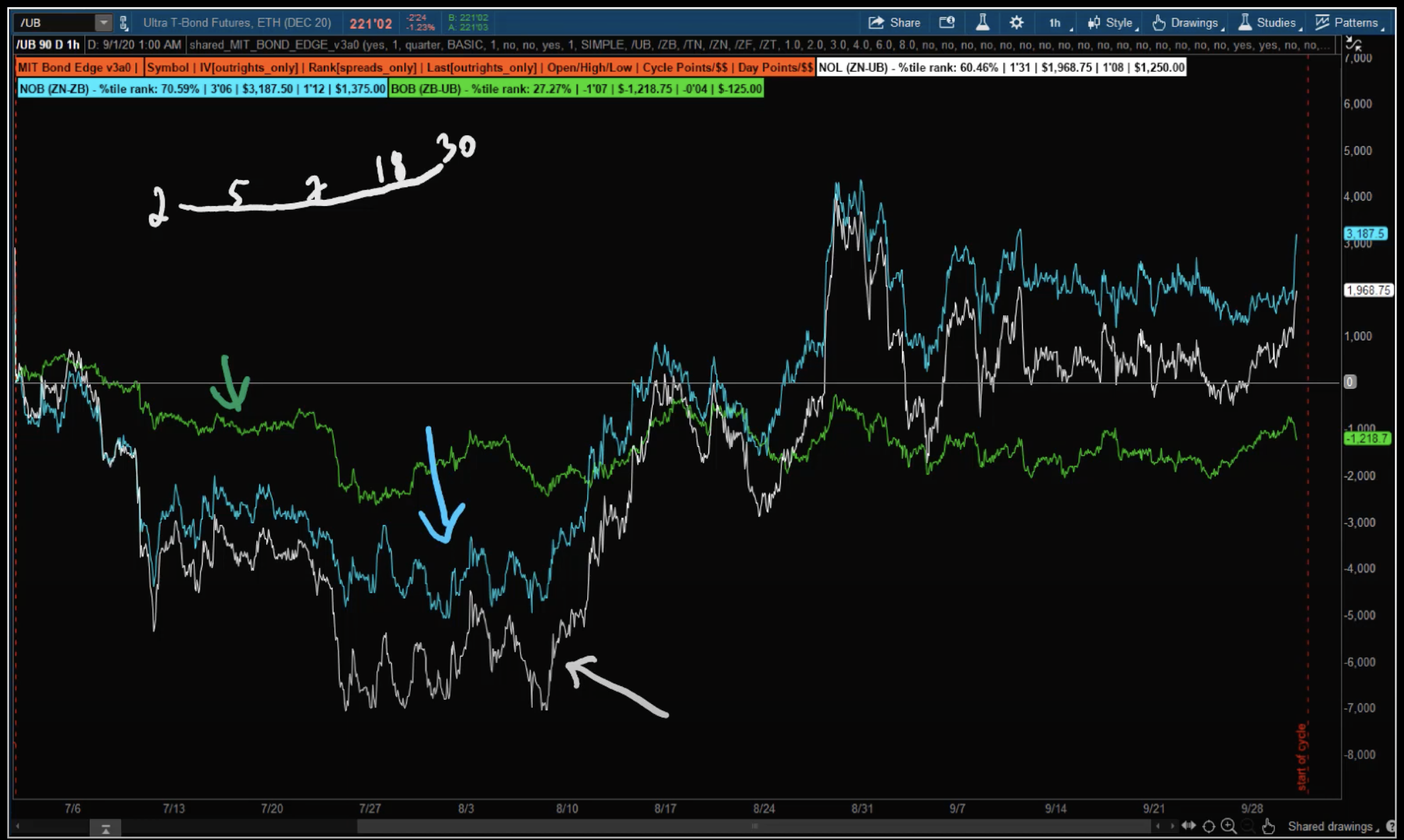 When we're trading these rather than just cross your fingers and bet on whether our future contracts are going higher or lower, we want to look at the relationships. We want to look at the relative value between two instruments. So ZB and UB is represented by the green line on the chart. So the difference between ZB and UB is actually selling off, but the relationship between ZN and UB, which is going to be the seven-year and the thirty-year, the white line is actually trading much higher today. If we look at the blue line, that's going to be the difference between the ZN and the ZB, that too is really strong. The green line is the relationship between ZB and UB. And the white line is the relationship between ZN all the way out to UB. So the white line has twenty-three years of duration, thirty to seven (or ZN to UB). So twenty-three years of duration is really strong today. What isn't strong is the green portion. Just this portion is really weak. The blue portion is really strong. 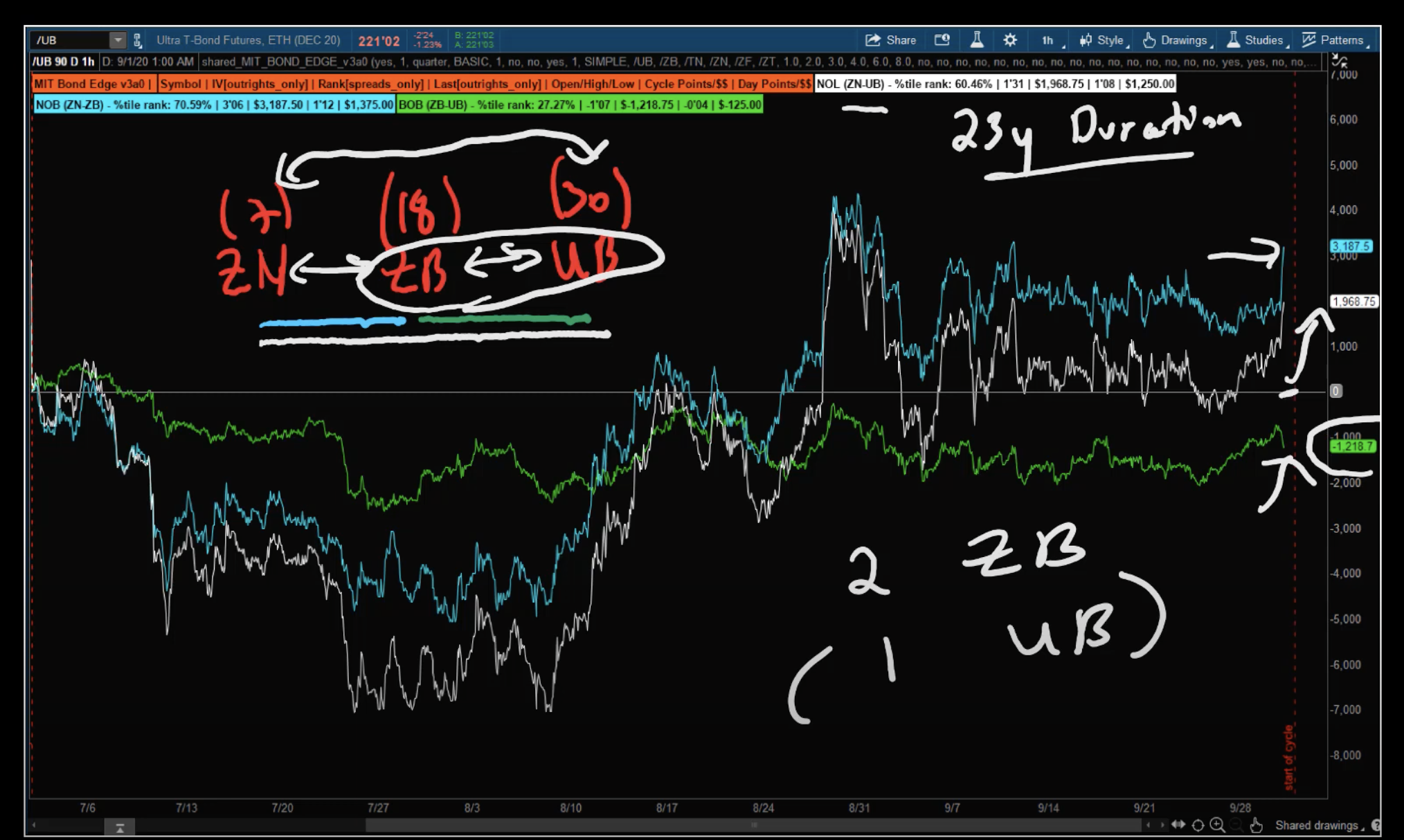 So I ask you, if the blue portion is strong and the white portion is strong, what in the heck is going on with the eighteen to thirty (ZB to UB)? Why is that so weak? Perhaps that's just supply and demand, perhaps it's wrong. I personally think that the green line is long. I think traders can benefit by buying two ZB and selling one UB. So the trade is to get long that green line by buying two ZB and selling one UB. We analyzed this example using our proprietary Volatility Visualizer tool.