Let’s start off with an example.

So, so we look at the yield curve and we're going to look at the ZF, the ZN, and the ZB. We're just going to look at three contracts and try to keep this super simple. We also have the FIT and the NOB. Remember ZF is a five-year bond contract, ZN is 10 years, ZB is 30 years, and NOB is notes over bonds. 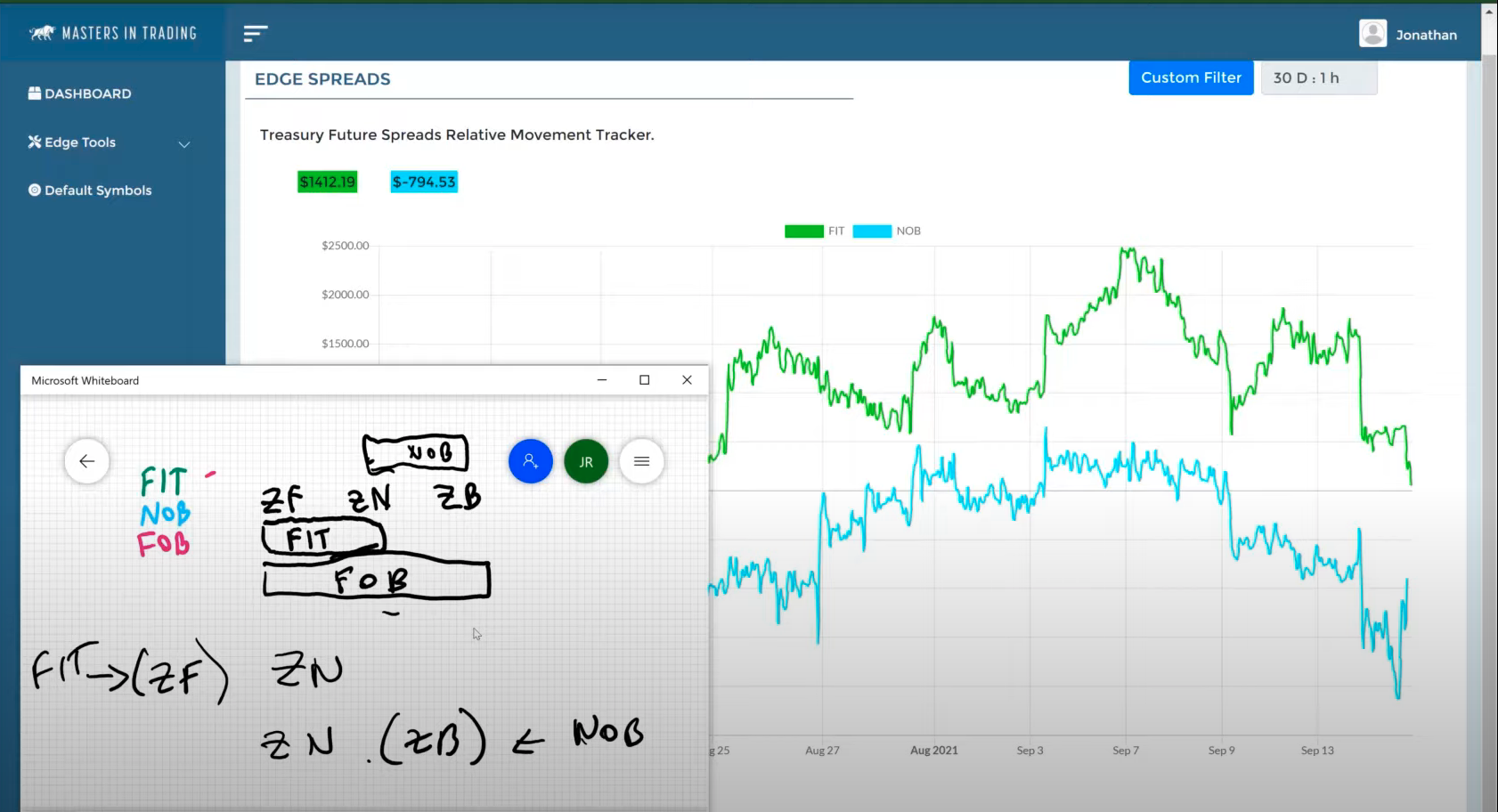 So, what does short FIT mean? What are we short? With long NOB, what are we long? That question needs to be understood before we move on.

If we're going to do a trade. And if I come here to this first large gap in the chart and we look and say, okay, the FIT has been rallying, but the NOB is not rallying. This might present a couple of different trades.

And now this is semantics, but it's important: Which is expensive and which is inexpensive? We don't know just by looking at these two, but if we add the FOB, we can get a better understanding (FOB = FIT + NOB. I like to think of the FOB as fives against bonds). If we see this FIT rallying and the NOB is not rallying, we could take advantage of this trade by again, selling the FIT and buying the NOB. And that's going to put us into that ZN butterfly. 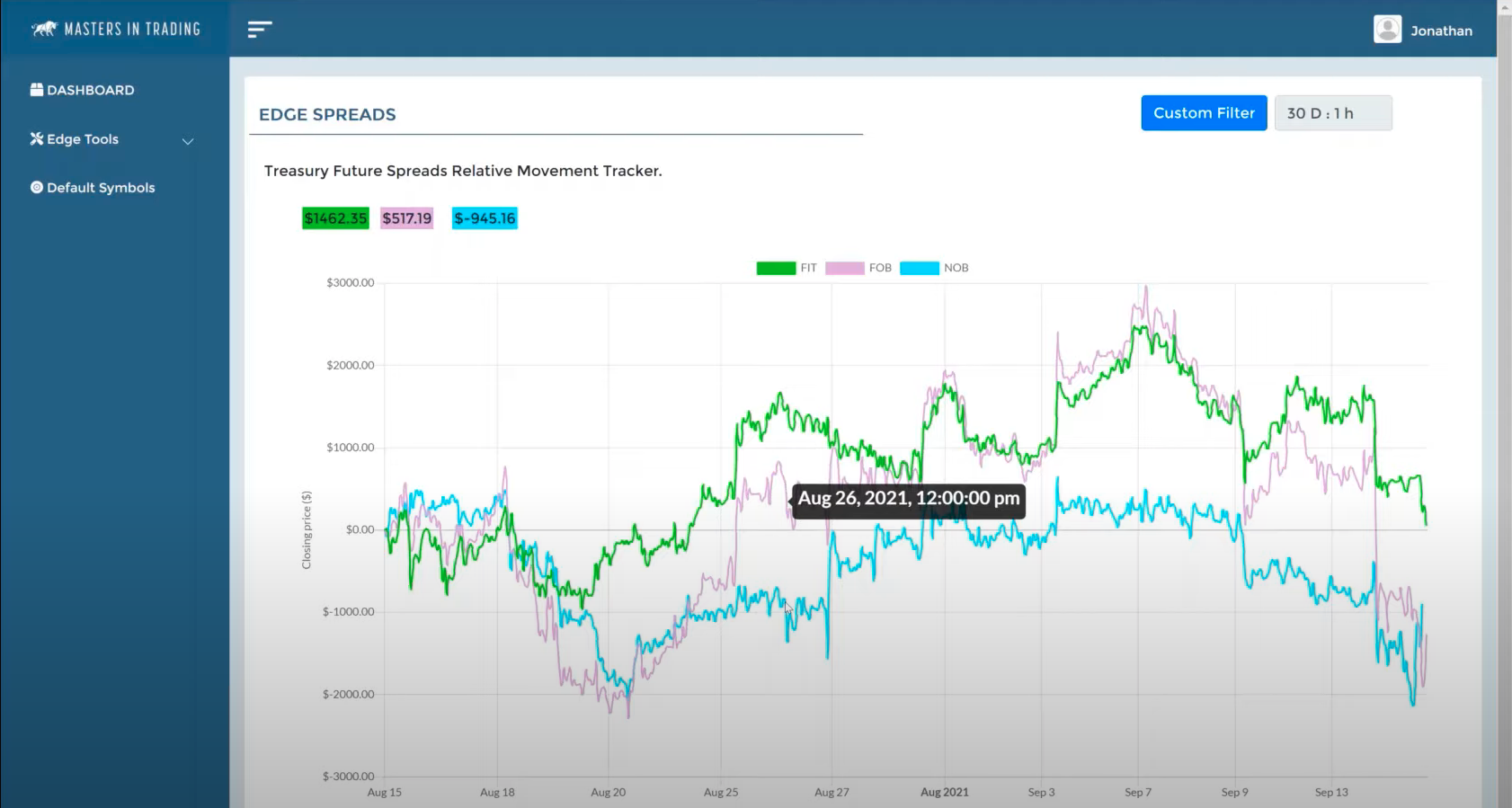 So here we have FIT vs. NOB, and now we are going to add the FOB. We can now see here that FIT is rallying, and NOB isn’t. But which one is right?

We can see that the FOB continues to rally. We also know that included in the FOB is the FIT and the NOB. So a trader could sell the FIT and buy the NOB. But because of the behavior of that FOB, you should have more confidence in the one that's not steepening (blue line in this case) because this part of the yield curve is steepening.

So right here on this chart, right around August 25th, we see that the FOB and the NOB were close together and somewhere on the 25th, that's when the FOB really kind of took off. So if you were eyeing this FIT vs. NOB trade, would you use that as an entry point perhaps? Because it ascertains that we should buy NOB and sell FIT.

Great question. It's not so much where I'm going to be staring at the FIT and the NOB. What I would be doing is noticing a huge steepener, and then a really big steepener in the chart. Then I would want to say, okay, there's a big steepener going on between the ZF and the ZB. I'd want to see what is not reacting in the same way because the NOB is part of the FOB. The FOB cannot continue to go higher and higher and higher without the NOB being included. The dog is pulling the leash in this case. 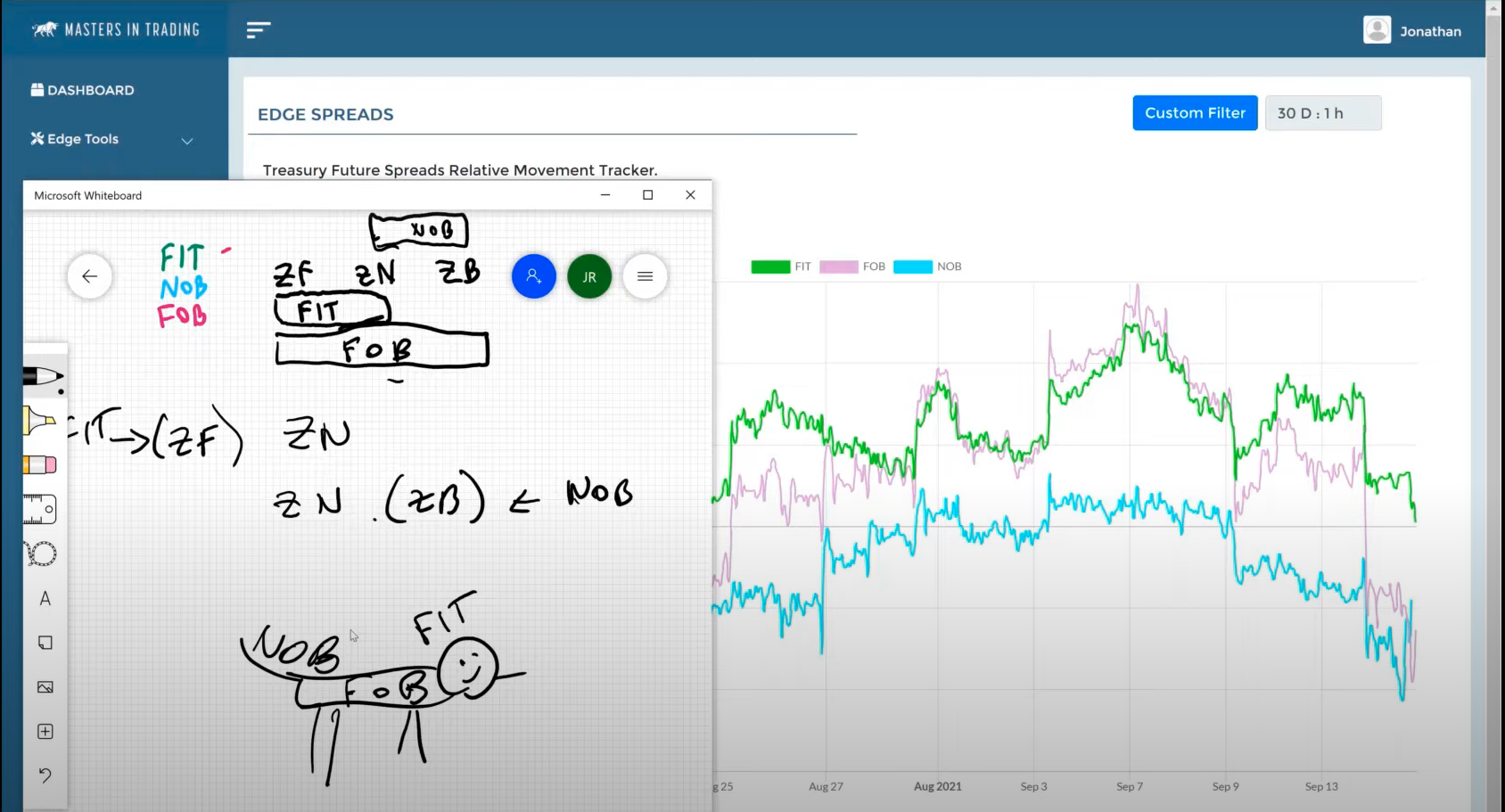