Bond yields are all over the news.  Economists and investment banks are predicting the Federal Reserve will increase rates at least 3 times this year (one prediction has 5+ hikes this year!) The consensus appears to be a 50-basis point (.50%) increase as soon as March. With every passing day, it looks like inflation is here to stay and is far from transitory. It is quickly becoming a major issue in the upcoming mid-term elections.  Conventional monetary wisdom considers increasing interest rates as one of the Fed’s most effective tools to get inflation under control. The theory is that higher interest rates along with the Fed’s reduced asset purchases will start to offset the demand created by the federal government stimulus and easy monetary policy. The ultimate result will be a cooling off of the economy so less dollars (demand) are chasing fewer good (supply). Even though the Fed has not yet taken any significant action, the anticipation of the Fed’s actions and the Fed’s signals have had a significant impact on markets.  Let’s take a look.

How has the Yield Curve Moved? 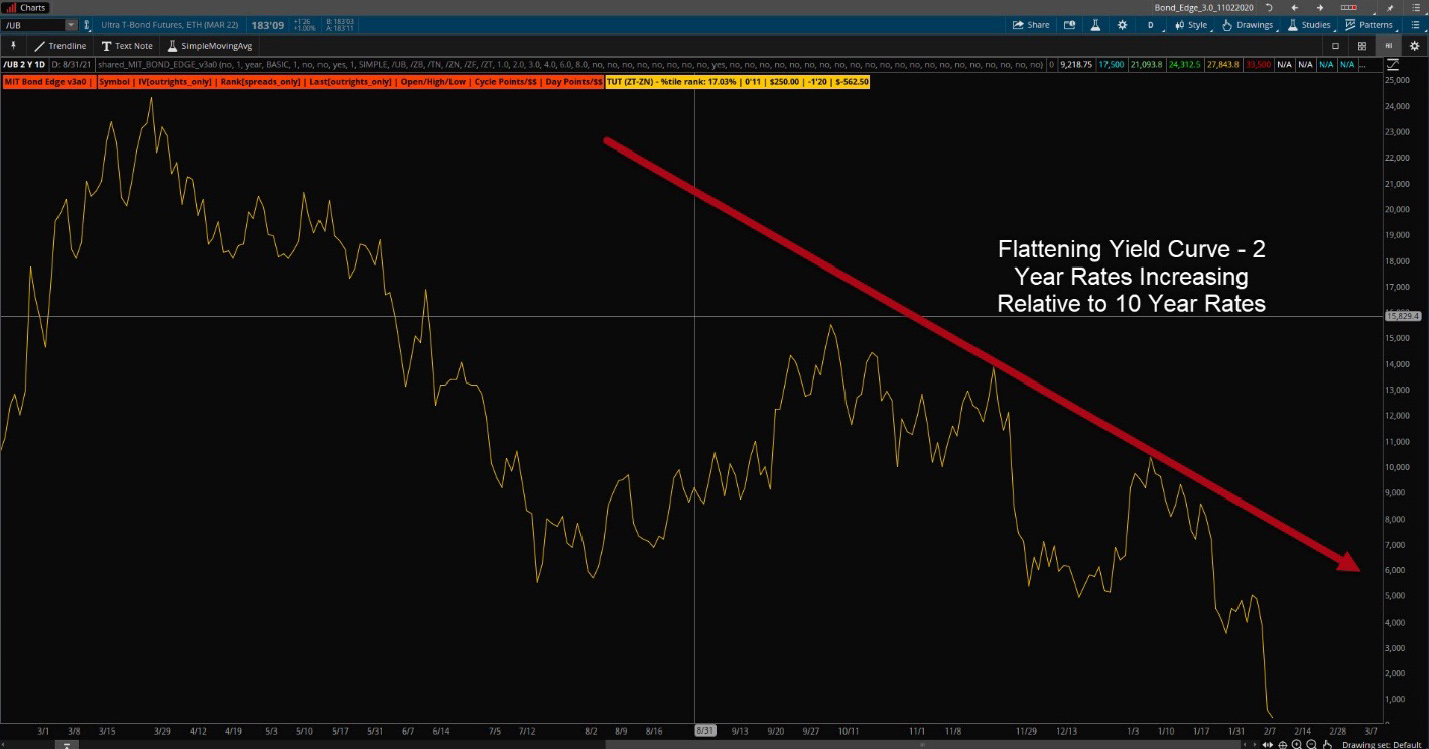 This move makes sense as Fed policy actions have a lot more influence on short-term rates.  The relative increase of short-term rates can continue to the point where short-term rates are actually higher than long-term rates resulting in an inverted yield curve, signaling the likelihood of a recession.

Second, interest rates have increased across all maturities.  Notice how the yield curve is higher (the blue line) than it was 1 month or 6 months ago: 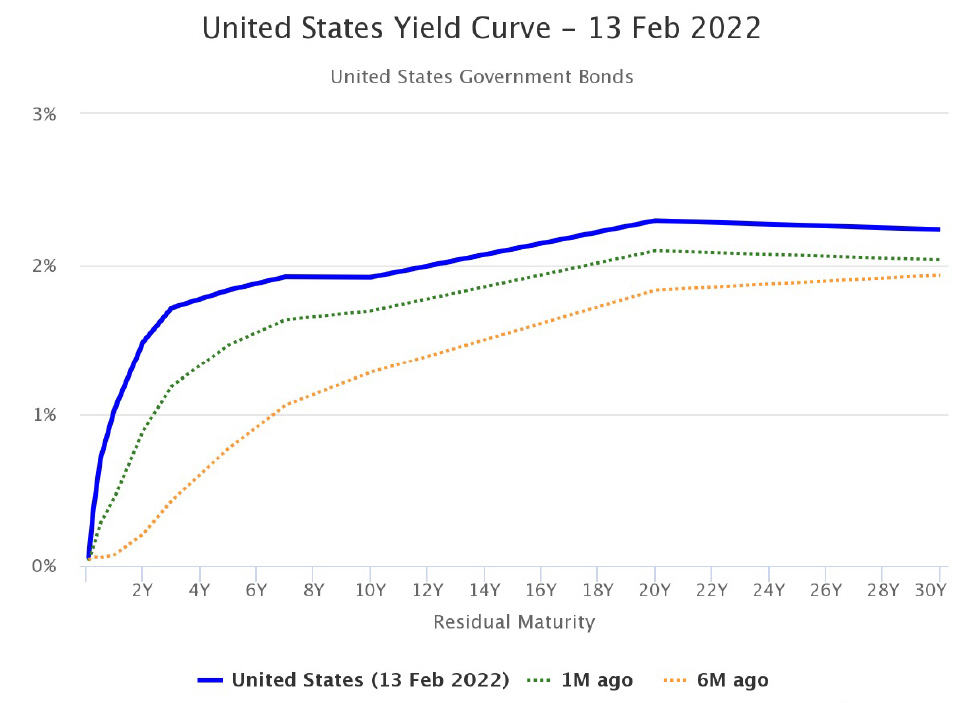 How Does a Flat or Inverted Yield Curve Impact Equity Returns

Economic data indicates that a flat or inverted yield curves “predicts” a recession.  What’s the impact on equity returns?  Although it doesn’t happen very often, this chart, using monthly data, (from Masters In Trading Wall Street Wiretapper Charting Platform) indicates an increased probability that, when the yield curve flattens or inverts (as represented by the 30-year yield minus the 2-year yield), the S & P 500 trades off or at least struggles to meet historical return levels:

What Other Bond Data Should We Monitor?

High Yield (Junk) Bond spreads (relative to Treasury or Corporate Bond yields) are another barometer of the health of the economy and the equity markets.  Studies have shown that High Yield (Junk) bond returns are more correlated with equity returns than changes in interest rates.  In many ways, the bonds trade more like equity rather than interest rate instruments.  Does the recent bottoming and increase of high yield spreads indicate a bumpy road ahead, lower equity returns or an economic slowdown? Take a look at the recent increase in high yield spreads since the beginning of the year (from Masters In Trading Wall Street Wiretapper Charting Platform):

$HYG is a high yield bond ETF.  Let’s take a look at how the price of $HYG correlates with the $SPX (again, using Masters In Trading Wall Street Wiretapper Charting Platform; please note this chart is using a logarithmic scale to better view how price movements are correlated):

Is the recent $HYG price action another indication of upcoming volatility or even a move lower in equities?

The Importance of Monitoring The Yield Curve

Masters In Trading has long suggested that every trader and investor monitor the yield curve and bond market component instruments.  The are strong correlations between the behavior of interest rate-based instruments, equity returns and economic performance.