Relative Value is one of the essential elements of Masters In Trading approach to finding and analyzing trade ideas.  Masters In Trading is bullish metals.  Which metal(s) do you target for your long positions – gold, silver, platinum, copper, or some combination of all of them? Relative value drives the answer.  For example, Gold is not cheap or expensive on it own.  Gold is cheap or expensive relative to its historical relationship with the other metals.  Analyze the historical relationships between metals and target your long positions in the metal that is at the low end of its relative range.  Let’s look at Gold vs. Silver over the last year using Masters In Trading web-based Futures EDGE tool.  If you’re bullish metals, would you buy Gold or Silver? 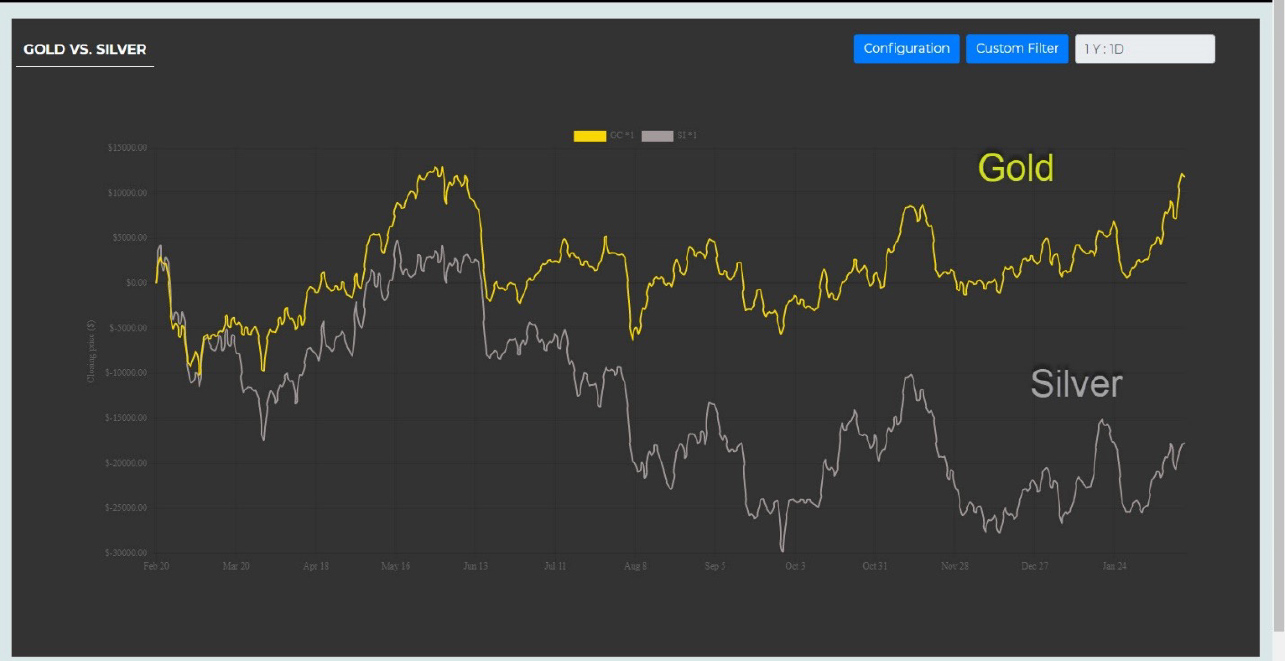 Clearly, Silver is less expensive relative Gold; you would target Silver for longs rather than Gold!

What do we find if we creatively use this relative value approach on a few other investments that might not normally be paired together.  Is there a bullish case for Bonds?

How Does Gold Compare With Bonds?

Conventional wisdom has a bearish opinion on bonds – interest rates are expected to rise with the Federal Reserve’s tightening, resulting in lower bond prices.  There also appears to be a bullish case for Gold – higher inflation, increasing geopolitical risks, and a bearish tone to the equity markets.  So, the trade is long gold and/or short bonds?  What does relative value tell us?  Look at Gold vs. Bonds using Masters In Trading Futures EDGE tool: 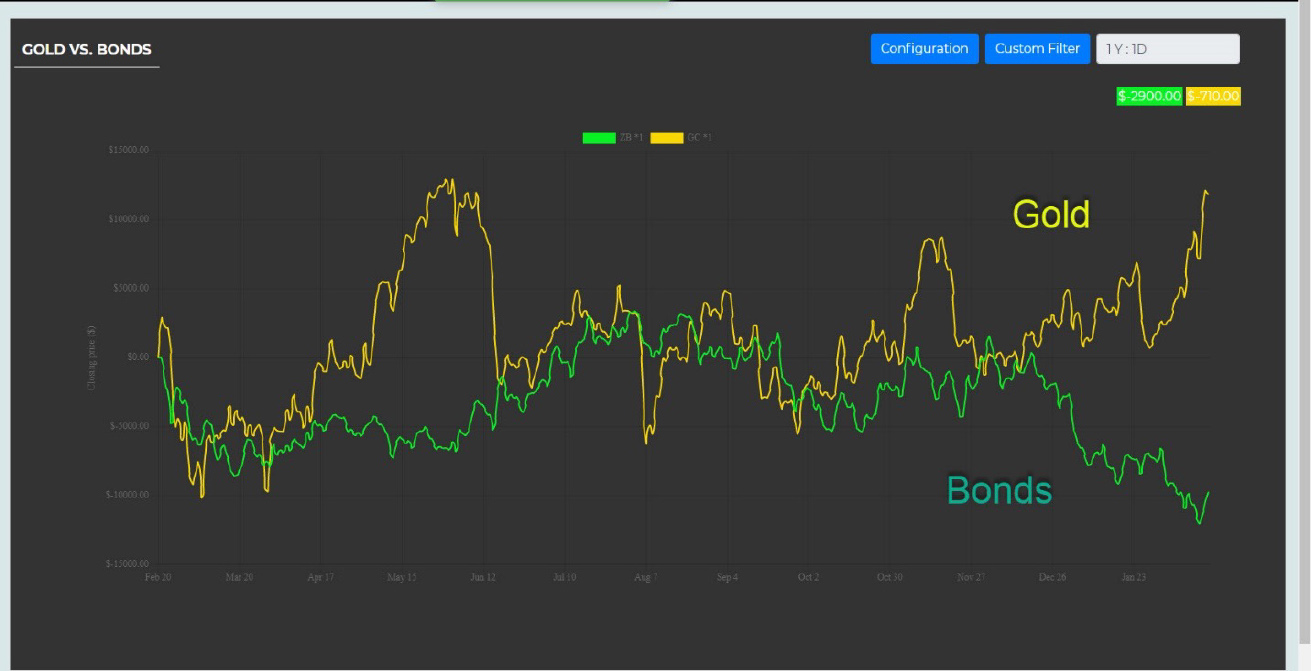 This is definitely swimming against the tide, but Bonds look pretty inexpensive relative to Gold.  Is there case for long Bonds possibly paired with a short Gold position for a longer-term trade?  Or is this at least a relationship you should monitor for future opportunities?  A bullish approach to Bonds might make sense from a few perspectives.   First, the Bond market (the long end of the curve) may already reflect the Fed’s predicted tightening.  Second, higher interest rates are bearish for Gold; higher interest rates make Gold more expensive to hold, reducing demand.  Third, there is more and more discussion of an economic slowdown later this year resulting in lower interest rates at the long end of the curve.  Fourth, U.S. Treasury bonds are a safe haven during times of economic and geopolitical turmoil risk and significant equity market pullbacks.  Considering a bullish bond play starts to make some sense?

How Does Oil Compare With Bonds?

Let’s keep going out on a limb here.  Is there an additional longer-term bullish case for Bonds based on its value relative to Oil.  Here’s the comparison over the last 5 years using Masters in Trading Futures EDGE tool:

Notice how the relative value of Oil vs. Bonds move apart (creating trading opportunities) and then come back together (signaling the end of the trade)? The gap between Bonds and Oil has been increasing.  Bonds may get even cheaper relative to Oil, but this may be another good pair to monitor for opportunities.

How Does the Dollar Compare to Bonds?

I’m no longer out on a limb, but to the edge of the cliff.  In general, higher interest rates imply a stronger dollar which is reflected in the recent in the recent behavior of the chart below.  Is the value of Bonds relative to the US Dollar another indication of a potential long in Bonds and or a short in the US Dollar:

Although you may disagree with a bullish case for Bonds, hopefully you can see the benefits of using Relative Value – it’s the only way to really know if something is cheap or expensive for targeting your trades.  Don’t like a longer term bullish position in Bonds – don’t take it – but at least monitor it and maybe paper trade it!