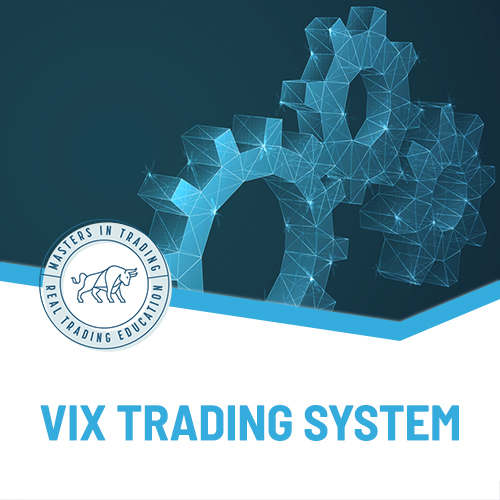 VIX Trading System + Backtesting Tool.
Get the Ultimate Weapon in the War Against Volatility

WATCH A DEMO OF VIX TRADING SYSTEM IN ACTION

WHAT DOES VIX TRADING SYSTEM DO?

Gives YOU Security in an Unsecure World

Pablo Lucena, the developer of VIX Trading System, left Facebook to become a full-time trader in the 2017. In his first year as a professional trader, the stock market went higher nearly every day, and as one would expect, the VIX would trade lower.

“It was incredibly interesting how efficient the markets were behaving at this time. Week after week, implied moves on the large indexes were being respected. The success rate of selling a “one standard deviation” options strangle was 88%!” Pablo explains.

VIX Trading System was built in early 2018 when volatility was starting to rise throughout January (2018). Oddly, the broader market indexes were testing new ALL-TIME highs.

This was challenging to understand. The equities were rallying but so was the VIX? This couldn't have been a good sign.

Taking a cue from the VIX Trading System, Pablo began reducing his “long exposure” and thank goodness! On February 5, 2018, the market witnessed the most vicious “sell off” we've ever seen. Even for a brief moment, bonds and equities were selling off together. This was scary!

For some time, the VIX remained elevated.

On March 3, 2018, the VIX Trading System produced a buy signal. The signal confirmed that it was time to get long in the market and we experienced two full quarters of bull markets. It was awesome!

The signal confirmed that it was time to get long in the market and we experienced two full quarters of bull markets. It was awesome!

"I like to trade like a sniper. I wait for the best opportunity and I open my position. Unfortunately, if I spend too much time looking through my scope, I can lose sight of what's happening around my target. "

VIX Trading System is your reliable “spotter.” It notifies you of unseen risks and let's you know when everything is safe again.

The backtester allows you to test the strategy, using any timeframe and size trade you choose. The results from the backtested data all boil down to sheer mathematics. We place high value on backtested results because patterns that have occurred consistently for 10 years are most likely not random. It leads us to the expectation of similar behavior going forward.  AS ALWAYS, please understand past market behavior is never a guarantee of future results.    The backtested data may look beautiful, but there is no magic pill.

Here are three sets of baktested results from VIX Trading System. The first test is our favorite using a 21-day trading stop. The strategy will take profits if a trade makes 100 /ES Futures points. If that doesn’t happen after 21 days, we will get out of the trade. (In each example, click the screenshot to enlarge it.) 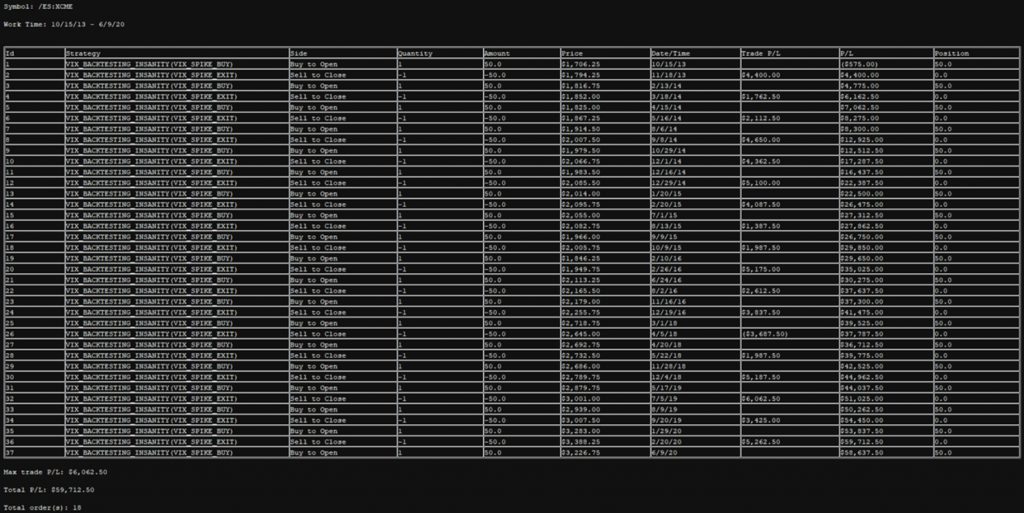 Purchase VIX Trading System for the low price of $1,497. 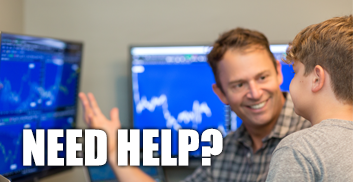