The Federal Reserve (“The Fed”) is raising interest rates and draining liquidity from the economy by reducing its balance sheet through Quantitative Tightening (commonly called QT).  In other words, bonds are in play!

The 5-year (/ZF), 10-year (/ZN) & 30-year (/ZB) bond futures have moved significantly over the last year as can be seen on Masters In Trading Futures Edge Web-based Charting Platform: 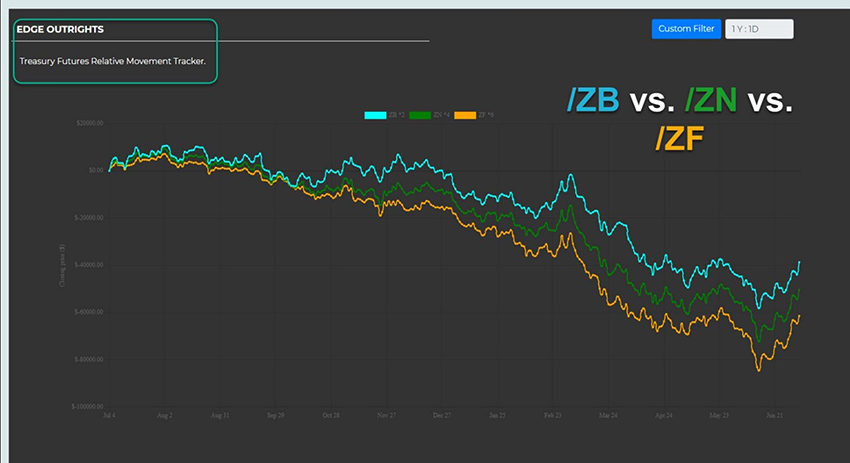 Since bonds are in play and a key element of executing The Fed’s monetary policy, let’s take a step back and review how bonds are issued by the U.S. Treasury.

How Does The Fed Issue Securities?

The Fed executes monetary policy primarily through the purchase and sale of U.S. Treasury securities.  The Treasury issues (sells) bills, notes, and bonds of various maturities on a regular basis to fund the government.  There is a wide variety of investors including:

The Treasury is responsible for managing the U.S. Government’s borrowing needs at the lowest cost over time.  To reach this goal, securities are primarily issued through an auction process according to a regular and predictable schedule.

How Do Treasury Auctions Work?

Treasury offerings are announced and scheduled several weeks in advance of the actual auction.  Here’s an example announcement for 7-year Treasury Bonds auctioned on June 28, 2022: 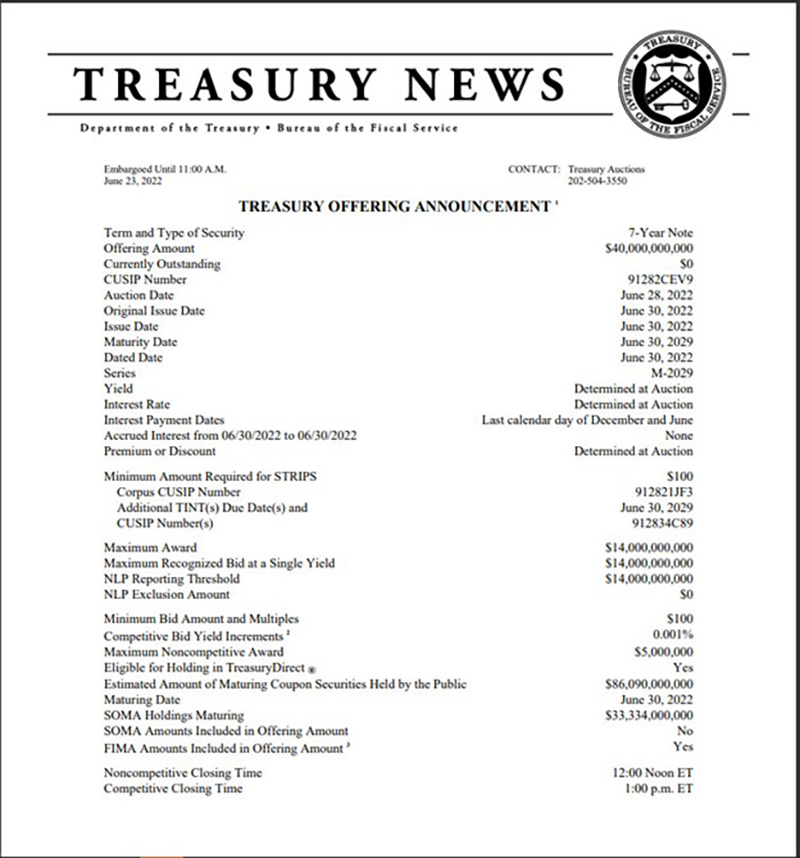 Auction bidders are most likely the investors identified above.  Depending on the type of bidder, the bids can be submitted through the Treasury Direct system, Primary Dealers, The Fed, or the Treasury. 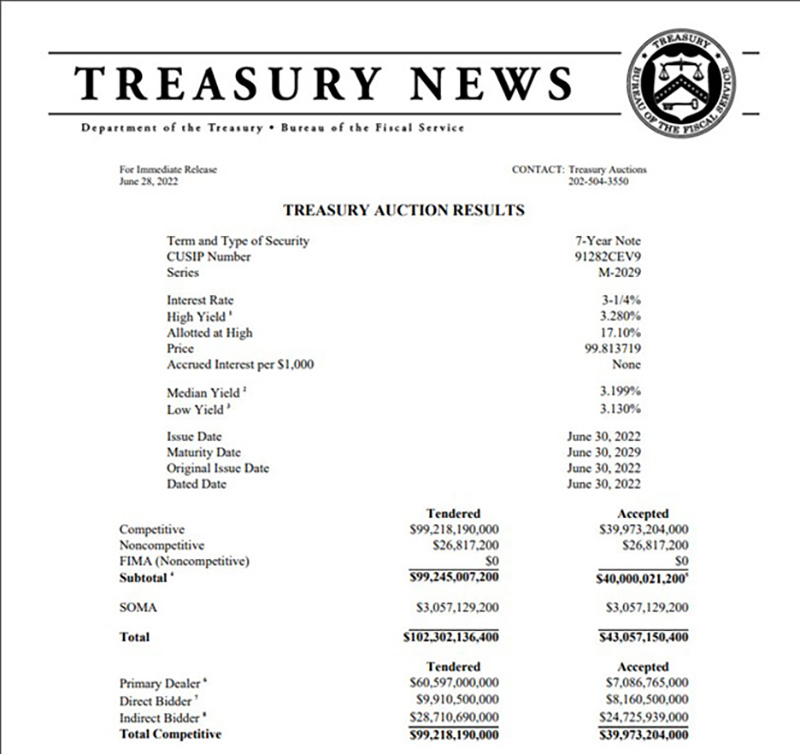 Who are Primary Dealers and What is Their Role?

There are 25 Primary Dealers.  They are securities dealers and brokers who have registered to operate in the Government securities market and have an approved trading relationship with the Federal Reserve Bank of New York.  There are specific capital and other requirements that must be met to become a Primary Dealer.  Many of the dealers are names you will recognize such as J.P. Morgan Chase, Bank of America, and Citibank.  Others may be less familiar such as ASL Capital Markets.

Primary Dealers have several roles.  First, they are active participants in the Treasury’s auctions and are usually the largest purchasers.  For example, in the auction discussed above, Primary Dealers purchased $7.1 Billion or 18% of the issuance.  Primary Dealers will use these purchases to create orderly trading/secondary markets and for resale to customers. Second, The Fed executes key elements of its monetary policy through the buying and selling of Treasury securities with the Primary Dealers.  Third, Primary Dealers maintain a trading relationship with the NY Fed’s trading desk and provide important market information and analysis that is used by The Fed in developing and executing monetary policy.

Hopefully, this provided some valuable background on the Treasury auction process. Part 2 will focus on how to analyze the results and quality of the auction.